I've always considered myself part of the family and that fact was reinforced after a recent occurrence in The Brown household. First, let me introduce myself my name is Pepper. I am what humans consider a mutt. In human years, I'm 15, and 105 in dog years. 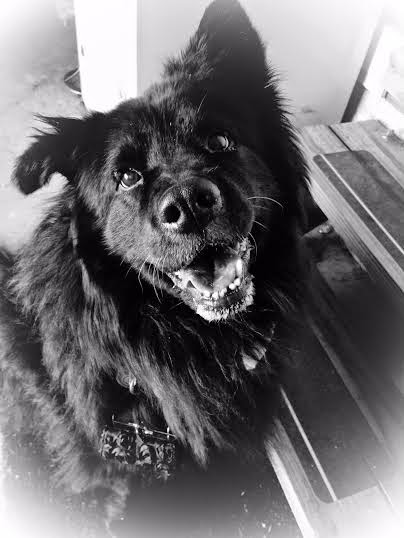 Here's how the nights events unfolded. My human companions went out to dinner again without me. I would of course wait with baited breath to see whether they'd bring me a doggy bag. Hours went by and finally they were back home, and Y-E-S, with a doggy bag. Woof...Woof!

After putting my treats safely in the refrigerator my favorite word was uttered by Becky, W-A-L-K! And we're off on our walk. We would take our regular shorter route; since, it was chilly for Becky (who hates to be cold). Upon our return, it would be discovered that Brian had grabbed the wrong set of keys. Woof...Woof! I could stay out longer and play. Becky and Brian immediately started bantering back and forth but I was too busy watching a squirrel to hear what was exactly said. Squirrel! Next thing I know--we're in the backyard with a fire pit going. Woof...Woof!

Some time would pass and Becky would get up and leave. Through the gate entered her brother, John (and a fan of mine) his daughter Bridget. They had been called to unlock the door--but too everyone's surprise--their key didn't work. Words went back and forth between everybody; however, I was too busy being petted by Bridget to pay attention or care. Woof...Woof! 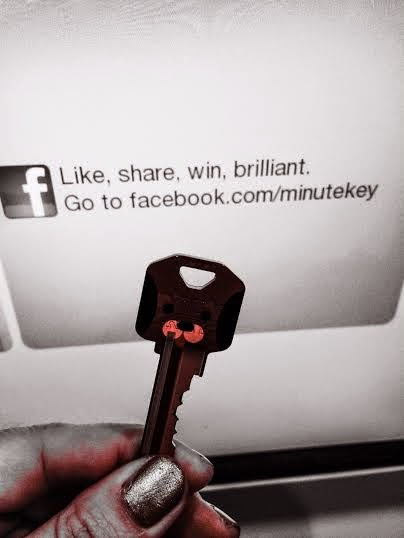 After a while; since, Brian's battery died on his cell phone; they frantically tried calling other family members on John's cell phone. John's cell phone would ring and a familiar voice could be heard. It was my grandma Jan saying (laughing): "Sure you can come pick up a spare key." Jan and Wayne were off on a trip celebrating their wedding anniversary in Branson, Mo. She would make a few phone calls on our behalf.

The calvary finally arrived--it was Brian's cousin, Chad. He would kid with Becky that he didn't have the right key, but it did in fact work. The fun night out was over. Woof!

A week would go by and Jan and Wayne were back from Branson, Mo. I was excited because they even had a present for me this time, a tiny purse. Everybody laughed; I was through the moon--I could be like Becky and Jan and carry a purse too! Woof...Woof! The most amazing thing would happen next. A couple days would go bye and I was presented with a house key. Woof...Woof cubed!

So, now when we go for walks--it is my responsibility to keep the key safe and unlock the door upon our return. I am truly a member of The Brown's family; since, I have a key to the house of my very own. I'm a good doggy indeed. Woof...Woof!