A Short Post About What I Learned at the University

I began at the University of Nebraska at Omaha when I was just barely 18 and finished My BGS after I turned 30. This post is about two of the most valuable things that I learned in the course “Language and Thought.”  That was the only course I took the spring of 1999 and the final class to complete my degree. That is not to say that I did not learn much along the way in my other studies. They are the scaffolding for my lifelong learning. However, these lessons were so helpful in understanding human behavior and so beneficial to me.  I had many courses dealing with human behavior and development in psychology courses, educational course, and communication courses.  In the midst of these courses, I even took Interpersonal Communication.  In these courses sprung out over many years between 18 months and a semester here and there with no classes as well as several part-time courses, I did relish many insights. Some remembered most forgotten. It is more than the placing these lessons in my very last class that makes them most fresh in my mind. I have thought of them often and will share them now without further ado. 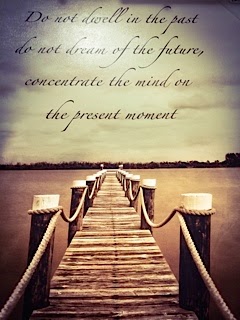 1.  We should not confuse a inference with a fact.  In life, we often confuse the two and consider something a fact that we did not see or witness first hand. Although an inference may be an educated assumption, it may or may not resemble the truth. Why is this so important to me? This reminds me that we often do not know the intensions behind behavior. It is sort of like a blank check that I can apply to many situations if I did not do anything overtly wrong and someone ignores or uses a tone that I do not like. “It’s not me, it’s them!”  They may be tired. It may be hunger. Yes, people are so often preoccupied. They could be thinking about the big test or the mountain of bills to pay. And maybe they are mad at me because they misunderstood something I did. Then again, they could be unfair in being angry when they have no just cause. Yet, I will tend to assume that it is not me in many instances unless there are real signs that I need to address any issues.

It is also the “presumed innocent” card for the other party. I need to be careful not to accuse a person of having ill motives when examining their actions or lack of action. This can be applied to so many situations in life. As much as we think we know why a person did something, we are not mind readers. Being charitable and giving people the benefit of the doubt goes along way.

2.  When we think of an action that someone did in the past, it is good to put a time and a date on the action. While I do believe that a sense of self is not in a constant flux for most people, people do change. That is not to say that we do not need to take precautions and that we should always give someone another chance.  It can ease the pain to keep an event isolated to that time as much as possible. It is more than the time heals wounds that I have found to be true. People changing and growing is a beautiful thing and why should we be bound to the mistakes a person’s former self did. Even if a person has not changed, it is best not to let their past action cloud us from enjoying the present whether or not they are still in our life. Referring back to lesson #1 when I have made overt mistakes, I like to think that I have changed and will not repeat certain mistakes. I hope that nobody has any ill feelings about the mistakes that I made that I do regret. There is a learning curve whether it is larger or smaller for all of us. Someone I met online said he is not easily offended because he knows we are all learning in life. I do believe the adage that being bitter does not make us better.  When you put a time and date on the past, you can move on and live life more fully.

This is not my University education in a nut shell.  It is not just two things I have not forgotten.

Email ThisBlogThis!Share to TwitterShare to FacebookShare to Pinterest
Labels: being charitable, benefit of the doubt, fact, inference, mistakes, past, regrets, University, we are all learning in life

Robin Williams Leaves Us with a Somber Reminder about Suicide

With the recent Hollywood tragedy of Actor and Comedian Extraordinaire Robin Williams population-we™(pop-we) has decided to pause and revisit an archived post on depression and suicide. Read Barb Bohan's interview with the author of the book, who herself battled bipolar and suicidal tendencies, pop-we Contributor Reviews Dr. Deborah Serani's Book on Living with Depression.


Unlike the "Suicide Is Painless" song lyrics states--suicide is not painless. With Robin William's passing the apparent pain and shock of his death has been center stage as everybody mourned together over the airwaves and on social media.

Please leave it. Suicide that is...because there's help out there!

Pick up a copy of Dr. Serani's book, Living With Depression; for free read her recent Psychology Today personal essay on Why I Mourn for Robin Williams or most importantly for immediate help call a United Way 2-1-1 help line in your area.

In short, suicide is heart-wrenching painful for everybody left behind. #RIPRobinWilliams

(Editor's note: The M*A*S*H theme song, "Suicide is Painless," is courtesy of YouTube.)

Email ThisBlogThis!Share to TwitterShare to FacebookShare to Pinterest
Labels: #RIPRobinWilliams, depression, Living With Depression, suicide, suicide is painless, United Way 2-1-1, Why I Mourn for Robin Williams 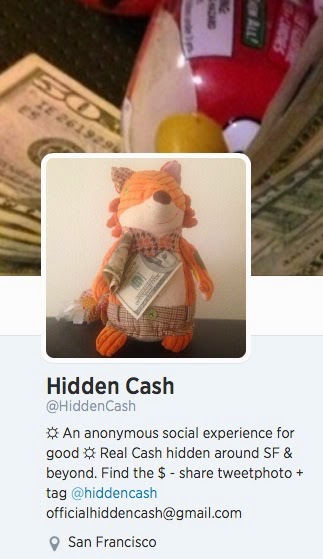 Philanthropy - the effort or inclination to increase the well-being of humankind, as by charitable and or donations. Like everything in the 21st Century, with the aid of the Internet philanthropy has evolved too. If I were commissioned to do a case study on online philanthropy done right Twitter's Hidden Cash's recent philanthropy effort is clearly a shining example.

Below is an interview before the Hidden Cash founder unveiled himself:

On May 22, 2014, after a late dinner with a friend in San Francisco, I was telling him about my desire to give back to the community which I love and has given me so much, and to do it in a fun way. We rejected a few ideas I had as too, complex, and decided that I would hide money in a few spots in San Francisco, and then tweet about it. We created the Twitter handle @hiddencash, and did just that, hiding envelopes of cash around midnight in San Francisco, and tweeting clues. I contacted a local blog to tell them what we did. They wrote me a few questions, and wrote about it, and it exploded from there.

To date, Jason Buzi, a real estate investor, has come forward to claim he is the philanthropist behind the Hidden Cash online charity venture. His reasoning: to give back to the community that made him wealthy. What was originally meant to be a pay-it-forward scavenger hunt for San Francisco has spread all the way to the United Kingdom and beyond. Now participants not just in California but across the world learn about the Hidden Cash drops via social media and are encouraged to tweet photos of themselves with found cash.

Bravo to Buzi for his global philanthropy efforts! Everybody at population-we™sends him kudos for his Think We Before Me actions. To participate, follow @hiddencash on Twitter to see if an scavenger hunt pops up in your community.

Email ThisBlogThis!Share to TwitterShare to FacebookShare to Pinterest
Labels: @hiddencash, charity, Hidden Cash, philanthropy, scavenger hunt, think we before me

As a society we like our celebrities and tend to support the causes they endorse with this status. Our celebrities are those that entertain and inspire us such as those that act in the movies, on television and the stage, our favorite musicians, athletes from our favorite teams or provide national pride representing at the Olympics, the authors of our favorite literary works and those that provide contributions in the world of art. Each month in this new population-we™ (pop-we) series, I Heart Celebrity Causes, a celebrity will be chosen and the cause that they promote will be looked at.

This month in the second installment of I Heart Celebrity Causes the focus is on musical artist Katy Perry and Generosity Water. Perry is very philanthropically minded as her efforts have helped more than 50 nonprofit organizations. One she paid special attention to was Generosity Water for which she earmarked part of the ticket sales from her California Dreams tour along with The Humane Society of America and Children’s Health Fund.

From ticket sales raised from 122 California Dreams tour dates over $40,000 was raised for Generosity Water.  As a result the organization was able to build wells in Ghana, India, Laos and Nigeria that provided clean and safe drinking water for over 4000 people. Another result was Perry being named Billboard’s Woman of the Year in 2012.

One sobering fact is over 768 million people worldwide do not have access to clean water. Generosity Water points out that having access to clean water is the first step to breaking the cycle of poverty.  They currently have active projects in Ghana, Haiti, India and Uganda. Since their inception in 2008 they have completed projects worldwide in several countries including Cambodia, China, Ethiopia, Honduras, Liberia and Philippines. The greatest impact so far was in Liberia where 50 projects were completed to help over 62,000 people. To date they have been able to bring clean water to over 340,000 people in 19 countries. If you would like to donate to this cause you can visit Generosity Water's donation page.

Most importantly, Bravo to pop-we I Heart Celebrity Causes--Katy Perry--for her work with Generosity Water!