This month was foodie Rick’s pick, which to no surprise he chose barbecue. Rick has a smoker and is a good barbecuer in his own right. He chose to go to Boyd and Charlie’s BBQ located in the heart of Old Town Elkhorn at 2706 Main Street. It's an old, red brick two-story building sitting on the corner.

Boyd and Charlie’s is a small restaurant in an old building with nice looking old wooden floors. When you walk in the door you are standing in the dinning room with a small host stand just inside the door to the right. The walls are covered with deer heads and big steer horns giving it a country western feel. The outer wall exposes the red brick that makes up the wall. Along the left wall there is a large wooden bar accompanied with a couple mirrors and televisions.

Tonight I was felt like a smoked dish, so I went with the burnt ends. I was surprised at how tender and juicy the burnt ends were, as well as having a nice smoky flavor making it a good dish. The dish came with three sides and bread. I picked the side salad, corn pie, and onion petals. The only negative was the portion size of the corn pie.  It is served in a little bowl, probably only a couple ounces. The casserole tasted good, maybe that is why I think the portion could be bigger.

After compiling the surveys from the other population-we™ (pop-we) Dinner Club foodies scores Boyd and Charlie’s a 3.5 star average on a scale of 1-5.

For more information regarding directions or menu items, visit Boyd and Charlie's website.

Fellow population-we™ readers, if you've been to Boyd and Charlie's leave us a comment and tell us what you thought?

Want to do this yourself? To review How To Start Your Own Dinner Club, visit our January post about doing just that. Remember it is a template; tweak it to fit you and your friends' tastes. pop-we Dinner Club: good food…good friends…good times.

Royals Finally Return to Playoffs in 2014

While not in the category of those woeful Cubs fans this Royals fan is very happy the Royals finally returned to the playoffs after 29 years. It was easy for me to remember the last time they were in the playoffs because it was the year I graduated high school. I had started following the Royals during their glory days of the late seventies. 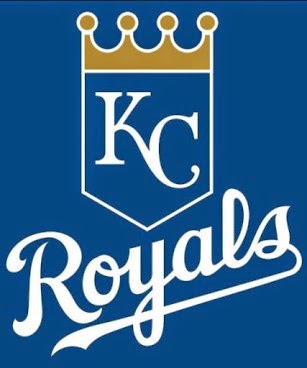 The right combination of draft picks panning out, good trades and the stars aligning allowed the Royals to claim the wild card spot in spite of Yost. Not a fan of his. He tried to mismanage the bull pen in the wild card game and the Royals over came that. That fantastic 12 inning win likely bought him another couple years.

Now the Royals start their series with the Angels. Fingers crossed that Vargas can somehow return to his pre-All Star game self. He has been rapidly declining since the break and a 1-3 September with a 6.57 ERA does not look promising. Is it possible to hit the reboot in the post season?

That Wild Card win over the Athletics was magical and maybe it can spark the team on another hot streak. The Royals have had them this season as they basked in first place for awhile. That is the mindset they need to summon. Good luck to the Royals!

As a society we like our celebrities and tend to support the causes they endorse with this status. Our celebrities are those that entertain and inspire us such as those that act in the movies, on television and the stage, our favorite musicians, athletes from our favorite teams or provide national pride representing at the Olympics, the authors of our favorite literary works and those that provide contributions in the world of art. Each month in this population-we™ (pop-we) series, I Heart Celebrity Causes, a celebrity will be chosen and the cause that they promote will be looked at.

Founded in March 2003 by Carolyn Blashek, Operation Gratitude is a way of saying THANKS to the troops by sending care packages containing snacks, entertainment items and personal letters. Blashek initially sent four care packages the first day and it has grown to sending over 150,000 care packages per year with the help of volunteers. The organization encourages letter writing campaigns for both current U.S. military and for the veterans of previous conflicts. The mission of the organization is to lift the spirits and meet some needs of active duty and veterans while providing volunteer opportunities to those who want to offer appreciation to our military.

Patterson and his publisher Little, Brown and Company teamed up with Operation Gratitude in addition to Books for Heroes, the Peerless Bookstore and Feed the Children in 2012 to distribute many of the author's titles to military personnel stationed in the U.S. and Afghanistan. More than 200,000 books were donated as the troops could choose from the titles: "I, Alex Cross", "Private", "Tick Tock," and others. The books were sent in 20,000 boxes from his printers in Indiana to Fort Benning, Georgia and the Van Nuys National Guard Armory in California and then shipped to the troops.

Most importantly, Bravo to pop-we I Heart Celebrity Causes--James Patterson--for his efforts with Operation Gratitude!