I noticed during the season that the 2015 Kansas City Royals were parallels from the the past of one of my other sports passions the University of Nebraska football team. The 1994 Huskers had made "Unfinished Business" their mantra after ending their previous season in a close loss to Florida State in a controversy laden bowl game. Ned Yost has mentioned the Royals feel the same after coming so close reaching game seven of the 2014 World Series against the San Francisco Giants. 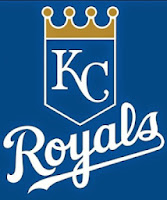 Now four wins are needed against the New York Mets in the 2015 World Series to finish their business.

It's a Small Scuba World

It is hard to believe how many times scuba diving finds it way into conversations in a landlocked state like Nebraska. Every year our town is the site of the NCCA Men's College World Series and we always get accolades from announcers and fans on how friendly Omahan's are. Recently, I chatted it up with a teller at my bank. Pepper and I were on a mission to make our car and credit card payment. No doubtedly, the credit card payment was paying off one of our epic scuba diving trips too. During polite conversation, the teller asked how my week was going? I responded that it is Tuesday and tonight we are attending a going away party for someone moving to Las Vegas. He commented that he'd like to live there--so he can rock climb more. I told him I'd like to live somewhere for my scuba diving hobby, too.


He flashed a great big grin back at me and told me he learned to scuba dive when he was 10 for a family vacation. He exclaimed he wanted to open a scuba shop some day but admittedly said--but not around here! He went on to tell me that he took a scuba diving class years later while attending the University of Nebraska-Lincoln (UNL). While at UNL, he passed and earned his open water certification. He said a short time after everyone from class went on a trip to somewhere in Western Nebraska but his parent's refused to pay. He commented being a poor college student, he just couldn't afford it. I told him we recently travelled to that Western Nebraska location, Sandy Channel, and enjoyed it immensely. I mentioned where we dove the visibility was great and we found a sunken plane and boat. Read about our Sandy Channel divecation: The Training Fins are Off, at Scuba Diver Life.

This brief encounter reminds me; whether, you've gone diving last week or have been on a scuba diving sabbatical, keep the dive light burning and always keep dreaming of diving!

The Kansas City (KC) Royals are headed to the Major League Baseball (MLB) playoffs for the second year in a row. This year is even sweeter as they are the 2015 American League (AL) Central champs rather than a wild card. That guarantees at least three games rather than the one game play in the wild card teams have to gut out.

The offense is much better this season with Lorenzo Cain, Eric Hosmer and Mike Moustakas taking their games to the next level. Salvador Perez and Alex Gordon had steady seasons even with Gordon being derailed by the DL. Kendrys Morales was a huge upgrade to Billy Butler. Alcides Escobar, Jarod Dyson and Omar Infante have fallen off from last year but the pick up of Ben Zobrist helped make up for the last one.

The pitching staff had an identity crisis after James Shields headed west as it left a vacuum for an ace. Yordano Ventura started off rocky but answered the wake up call after his yo-yo ride to the minors. Jeremy Guthrie could not repeat his unheralded performance from last year and was extremely hittable. Edinson Volquez proved to be a good pick up and challenged to be the ace but sputtered down the stretch. Danny Duffy never found the dominance he had before his 2014 injury. Kris Medlen on the other hand has been solid since returning from his elbow injury that had sidelined him with the Braves for all of 2014. Johnny Cueto has people shouting bust rather than being the ace he was rented to be. The bullpen has been nearly as stellar but the elbow of Greg Holland finally gave out after one too many heart attack performances. That bumps the capable Wade Davis to be closer, Kelvin Herrera to the 8th and Ryan Madson to the 7th. Herrera has been struggling over the past 30 plus and that is troubling.

As hot as the Royals were in the 2014 playoffs they have been the opposite down the final stretch to close out 2015. After racing out to such a big lead in the AL Central they have started to run out of gas with a 10-17 September. That has allowed the red hot Toronto Blue Jays to edge past with the best record in the American League. Only a handful of games through Sunday with home field advantage at stake. Unless the Royals get hot and the Blue Jays falter it will be the Royals and Texas Rangers in the divisional series. That may be the more favorable match up to get their confidence and mojo back on track.